The Himalaya Trust started a Water and Sanitation program in 6 disaster affected villages of district Pithoragarh in association with the Himmotthan Society and Tata Relief Committee. Operations began from October 1, 2016 and will be completed by March 31, 2018.

Program not only focuses on Hardware part of constructing drinking water schemes for the villagers but also involves sensitization of communities towards personal and environmental sanitation. So far, THT has been able to

conduct Baseline (understanding the actual need of the villagers), form Village Level Water and Sanitation Committees and organize meetings with villagers to motivate them for Open Defecation Free Village and clean surroundings. IEC and BCC activities are going on and in coming months, we are targeting schools to hold cleanliness drives, conduct healthy school surveys and start a campaign on sanitation.

Hardware activities started from February, 201and the project is in its final stage. By February 2018, all schemes will be built and inaugurated.  Some of the construction photographs are below: 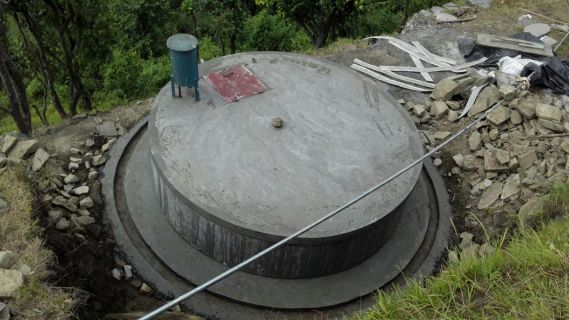 Apart from this, sanitation has been a focused issue along with water. Out of 146 sanitation units required in the targeted region, 80 units are constructed after regular awareness campaigns and individual motivational efforts by field team. We expect to reach 90% of the target by March 31, 2018. 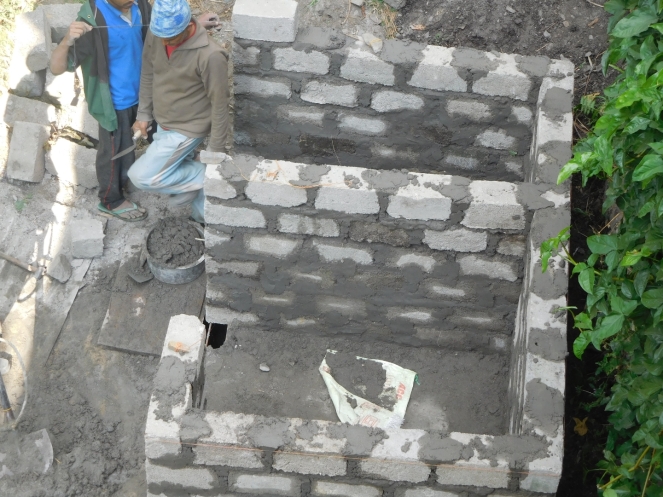 Between 1997 and 2001, THT’s Kumaon team worked on the SWAJAL drinking water and sanitation program which has transformed the health and hygiene status of 18 villages in Bageshwar district of Kumaon. Through a participative and training process, every family was taught to construct a hygienic and efficient latrine,  and work collectively to plan and provide a drinking water facility for the whole village. Included in the comprehensive scheme were plantations of broad-leaved saplings along water courses, catchment area protection, fodder development, awareness raising, non-formal education for adult women, thrift and savings schemes through self-help groups.

Village Tallihaat earned the distinction of being named a model village. Its complex water transportation design is remarkable for its daring and innovativeness.

The Trust has taken up the work in its second phase through a redesigned Sector Programme. Since the Kumaon centre of THT was assigned the task of creating awareness and motivation, Garser, Ayartoli, Kafaldunga and Tallihaat have become the proud recipients of the Nirmal Gram award ranging from Rs. 50,000 to 2,00,000 for success in achieving total sanitation goals. 12 Gram Panchayats were involved in the project.

An integrated water supply, sanitation, irrigation and conservation project completed in a record time of three months stands testimony to an enterprising and determined community in Tehri Garhwal. The villages of Dhung, Moltha and Pujargaon in Sunehrigad of Balganga valley came out with this composite scheme which today is bringing in exciting profits from vegetable farming. The drinking water supply is managed entirely by the communities. Funded as an innovative water supply scheme by UNDP, the project’s inspired leader was Kunwar Singh Sajwan.

This programme has answered a long-felt need among Himalayan villag

es. Due to lack of sanitation facilities, the high degree of contamination of soil and water in Kumaon are a constant danger to human health. Drinking water schemes have been implemented in four gram panchayats. Kafaldhunga village has completed an 18 lakh program. Villages Rankudi, Manyuda and Kansyari were covered by December 2009.